Get social with us

The following case studies are examples of children that we have helped.

(In the interest of confidentiality, their names and photographs have been changed) 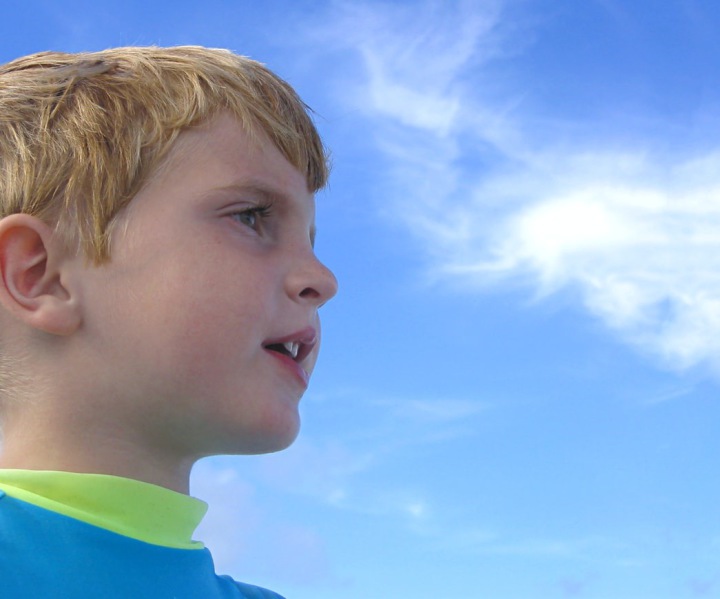 Liam's mother contacted us following a diagnosis of Autistic Spectrum Disorder.  Liam was experiencing difficulties with interacting with other children at school.  He had very repetitive language and his listening skills were also creating a barrier for learning.

Following analysis of Liam's communication skills, it was identified that he required the use of some picture symbols to encourage good listening, good sitting and good talking which were sent to his mother.  These were used at home and in school.

In terms of objectives, Liam was set the following targets: 1.  To listen to two key pieces of information in a spoken sentence. 2. To say "hello" to others when meeting people and to say "goodbye" when leaving people. 3. To be aware that he needed to use more spontaneous language rather than repeating others.  The objectives were worked on at home through activities sent and the school also supported the work recommended.

Liam was able to achieve his goals and over a course of three months, he was able to initiate "hello" and "goodbye" without any adult prompting.  His ability to follow two key pieces of information, improved greatly which allowed him to work on listening to three key pieces of information.  Due to the improvements in his listening and receptive language skills, his use of repetitive language decreased significantly and started to use more spontaneous language. 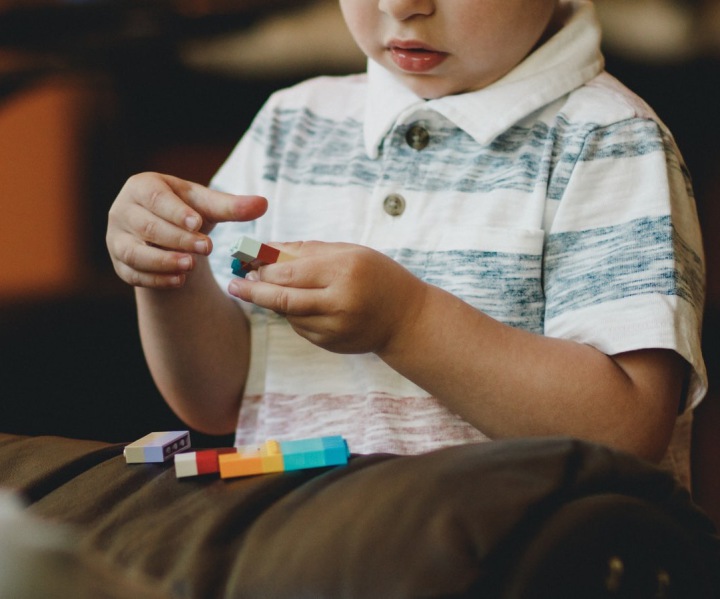 At the time of helping Jack, he was three and a half years old.  His parents were concerned that, although he showed a good understanding of language and could follow instructions, he was not speaking at all and he had started to use some of his own gestures to communicate with others.

On analysing Jack’s behaviour and communication skills, it was apparent that Jack did have a good understanding of what had been spoken to him.  He had good interaction skills and his play skills were very imaginative.  However, Jack was showing some difficulties in moving his lips and tongue and organising movements for speech sounds.  Jack was showing signs of a condition called Verbal Dyspraxia which means that he had difficulties organising the movements for speech sounds and this was preventing his speech from developing.

Jack worked on the following objectives: 1. To copy a number of lip and tongue movements e.g. pushing his lips forward, smiling, sticking his tongue out and blowing.  2. To copy speech sounds using a picture symbol. 3. To join a consonant sound with a vowel sound.

I advised Jack's parents to work little and often with Jack every day and they worked on the speech programme for 10minutes three times per day.  Jack, very quickly, was able to gain control over lip and tongue movements and was able to develop speech sounds such as 'p', 'b', 'm' and 'w'.  He was then able to join these speech sounds with some vowel sounds to make some simple words e.g. me, more and bee.  A follow up programme was sent, and Jack was then encouraged to work on further speech sounds e.g. 't', 'd', 'k', 'g' and 's'.

Again, using similar techniques over another course of three months, Jack's speech accelerated and he started to develop some speech sounds spontaneously, and at the end of the six month period, Jack was able to use a full range of speech sounds and sentence formulation skills progressed spontaneously once he had gained control of using speech.  Jack went on to enter school with no difficulties whatsoever. 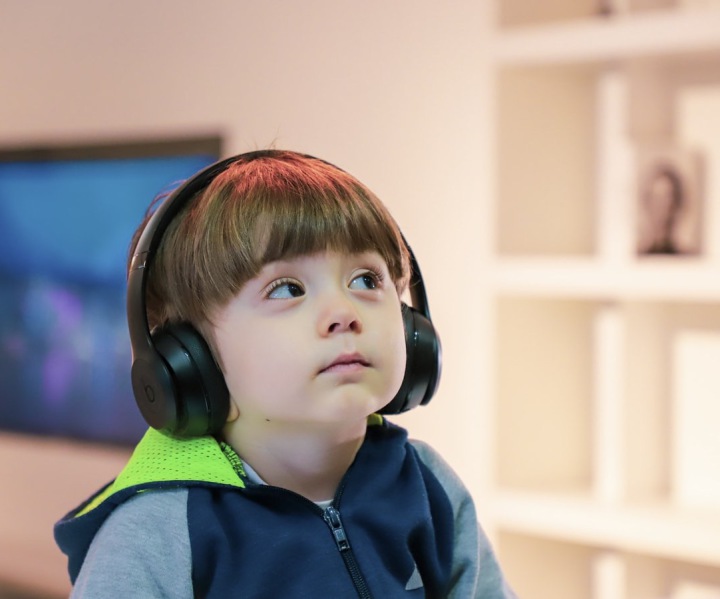 Steven has Down Syndrome.  His parents contacted me when he was five years old.  Steven had a range of communication difficulties associated with Down Syndrome.  He had had a long history of ear infections which had affected his ability to listen and process spoken information.  Analysis of his behaviour and communication skills indicated that he needed to work on the following:  1. To listen to a range of environmental noises and to match the noises to pictures.  2.  To follow simple spoken instructions using objects and play materials.  3. To develop his use of Makaton signing.

Steven’s parents were provided with the relevant therapy resources to work on these objectives and Steven was able to then develop the appropriate listening skills to start to be able to listen to sounds and language in his environment.  He was able to develop some more useful play routines and his understanding of single words increased significantly.

Steven quickly learned Makaton symbols at stages 1 and 2 and his parents were able connect with a local Makaton signing group.  The information given to his parents was used within his school environment and assisted his key speech and language therapist to inform his educational health care plan as to what he would require during his school years. 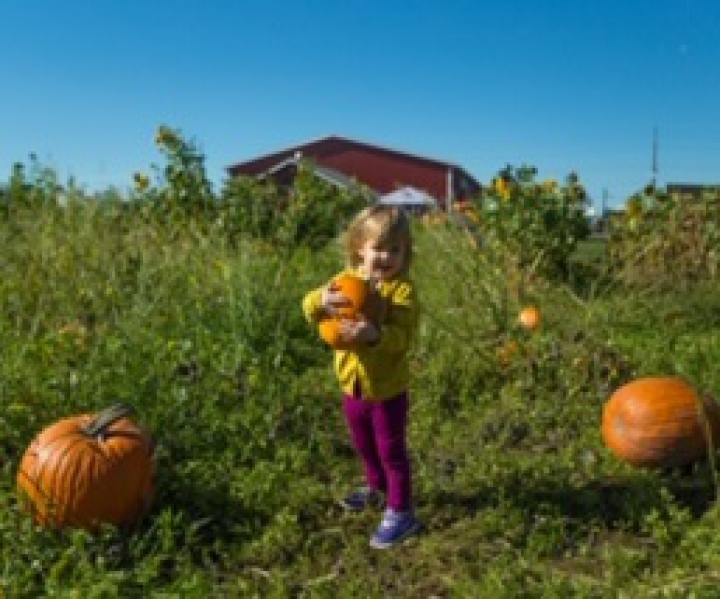 Olivia was six years old when her parents made contact with us.  Olivia was in school but had very unclear speech and was becoming very frustrated and her class teacher indicated that this was affecting her phonic skills and her ability to develop literacy and spelling skills.  Observation of Olivia indicated that she had a delay in her speech sound system where she found it difficult to say the letter ‘S’ and ‘F’ and was missing the ends of words.  Her overall awareness of phonics was also quite limited.

Olivia was set the following objectives: 1. To listen to a speech sound and match it to a lower-case letter.  2. To learn the difference between the letter ‘S’ and ‘T’ and to learn the difference between the letter ‘F’ and ‘P’.  3. To recognise the ends of words.  Olivia parents and school were provided with a range sound exercises which also linked in with the literacy programme within the school.  Olivia’s speech issues were quite embedded at the stage and required some intensive work.

However, following a six month period of work conducted by her parents with a review by us and work with school, Olivia’s speech progressed significantly to a point where she had a few minor speech issues which then resolved over time and her literacy skills then also improved so that she was at a level where she had a age appropriate literacy skills. 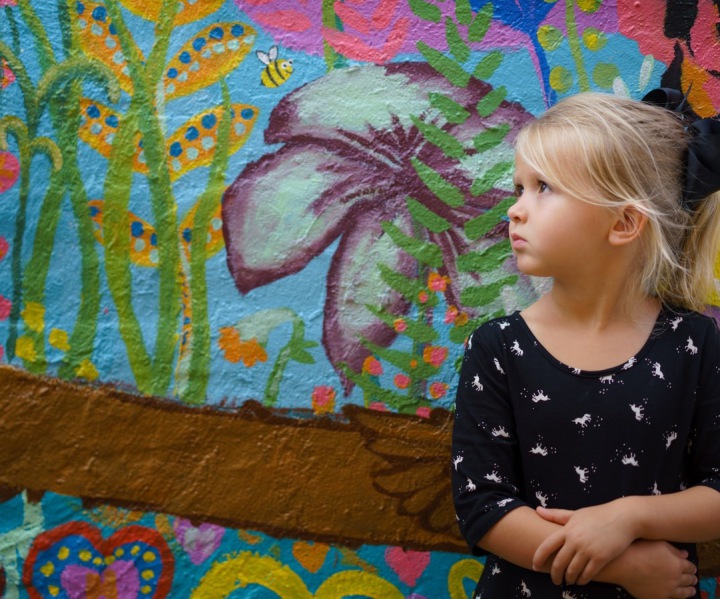 Kayley was referred to me at quite a late stage.  Kayley was twelve years old and was becoming quite self-conscious about her speech.  She had a lisp which meant that her tongue protruded between her top teeth on the sounds ‘s’, 'z', 'sh', 'ch' and 'j'.  servation of Kayley indicated that she had good upper teeth structure and that she required help in learning a new position for the tip of her tongue.

Kayley was highly motivated at this stage to change her speech and she was provided with exercises that she could do on her own as she felt quite self-conscience due to her age, about doing exercises in front of other people.  Due to Kayley’s high level of motivation and dedication, she was able to attain a better placement for the speech sounds ‘s’, 'z', 'sh', 'ch' and 'j'.

She was able to then use this new placement in everyday speech, and as a result, she become a much more confident communicator and this issue resolved completely. 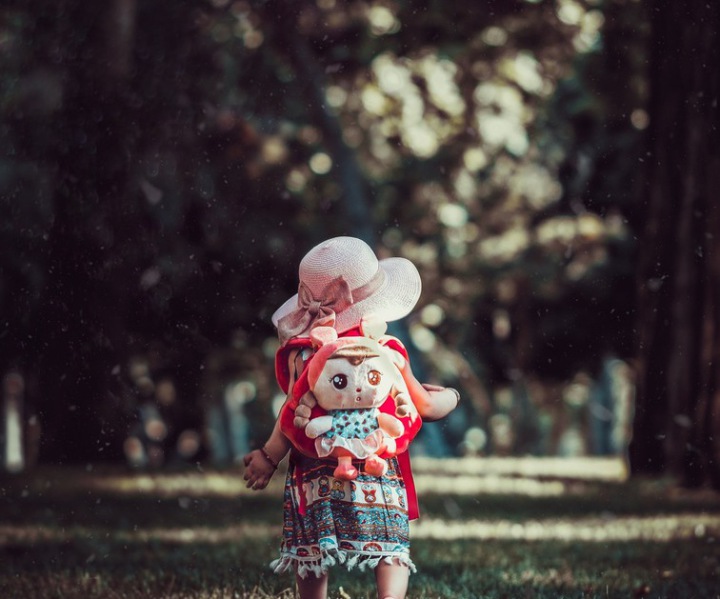 Jenny was two and a half years old when her mother raised concerns about her communication skills.  Jenny was a very solitary girl, she had limited play skills, she had no speech and did not readily communicate with other people.  She, however, was quite an independent little school and would fetch things for herself that she needed.  She did not point to things but could often work a way of getting things she wanted by herself.

On reviewing Jenny’s video, it was apparent that Jenny had the early signs Autistic Spectrum Disorder and at this stage, it was important for us to guide her mother in to contacting local services to look to gain a diagnosis of Autistic Spectrum Disorder so that she could gain the relevant help to put plans in place for her daughters nursery and subsequently to identify an appropriate school placement for her.

With our guidance and help, Jenny was diagnosed with Autistic Spectrum Disorder.  She received support from the local Autism team and was able to enter school with a well-informed educational health care plan with the relevant support put in place. 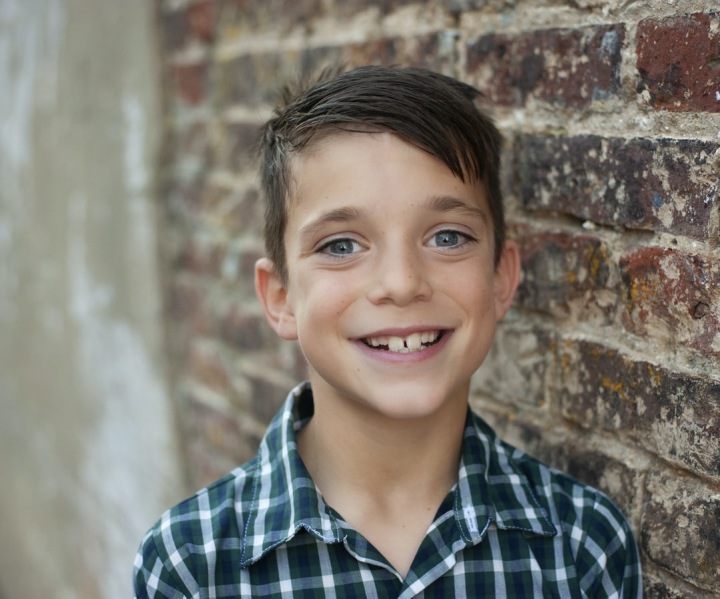 David transferred into secondary school, and at the age of eleven, his parents contacted us as although he had already received a diagnosis of Autistic Spectrum Disorder, he had coped very well in his previous school, however, the secondary school environment was providing some challenges for him.  David was finding it difficult to fit into his peer group and was finding it difficult to make friends.

Using a social skills check list that his parents completed for us, we were able to identify some key areas where David needed to do some work in order to develop his social understanding.  David was given the follow initial three objectives: 1. To be aware of his facial expressions and other peoples facial expressions.  2. To understand appropriate proximity to others, as David often stood too close to other people.  3.  To know how to initiate and maintain friendships.

Through specialist techniques amd advice given to his parents using social stories, comic strips and other social skills intervention techniques, David was able to utilise some newly learned skills and eventually developed his own friendship circle and through regular review and updates of his programme, progressed over the next couple of years to becoming a much better social communicator and was much happier in school. 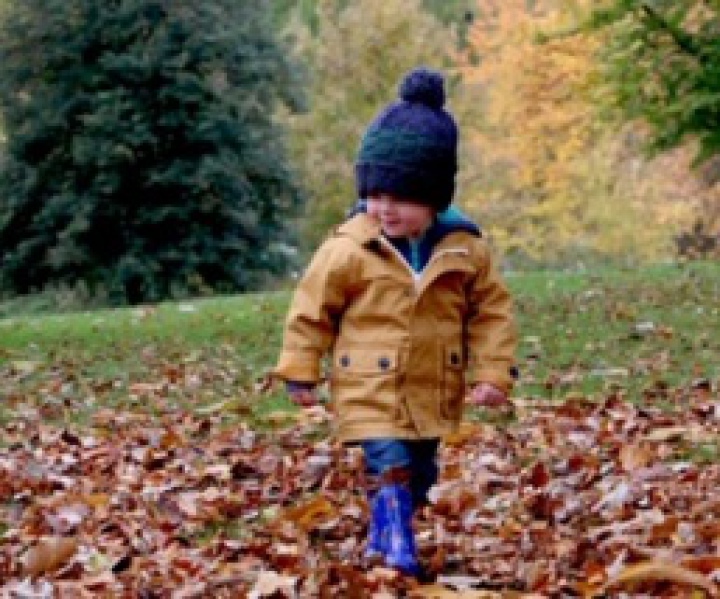 Michael was three years old when his father contacted us.  He was concerned that Michael was not understanding what had been spoken to him.  He had very little speech and was quite a solitary child.  Observation of Michael indicated that he had a delay in his speech and language skills, but it was considered that he was not on the Autistic Spectrum.

Michael had experienced some turbulence in his life through changes in circumstances and this appeared to have impacted somewhat upon his developmental progress.  Michael was given a package of activities that developed his play skills, his ability to identify words by name, to name pictures, to follow simple instructions and to develop some key concepts e.g. colours, prepositions and time.

Michael really engaged with the activities at it helped him to bond with his father.  Through regular work, Michael was able to show some really good progress and when he entered nursery, he had the skills of most of his peers and through work carried out by the nursery on the skills that we had recommended, Michael then went on to show a developmental profile that was age appropriate.

Ready to get started ?